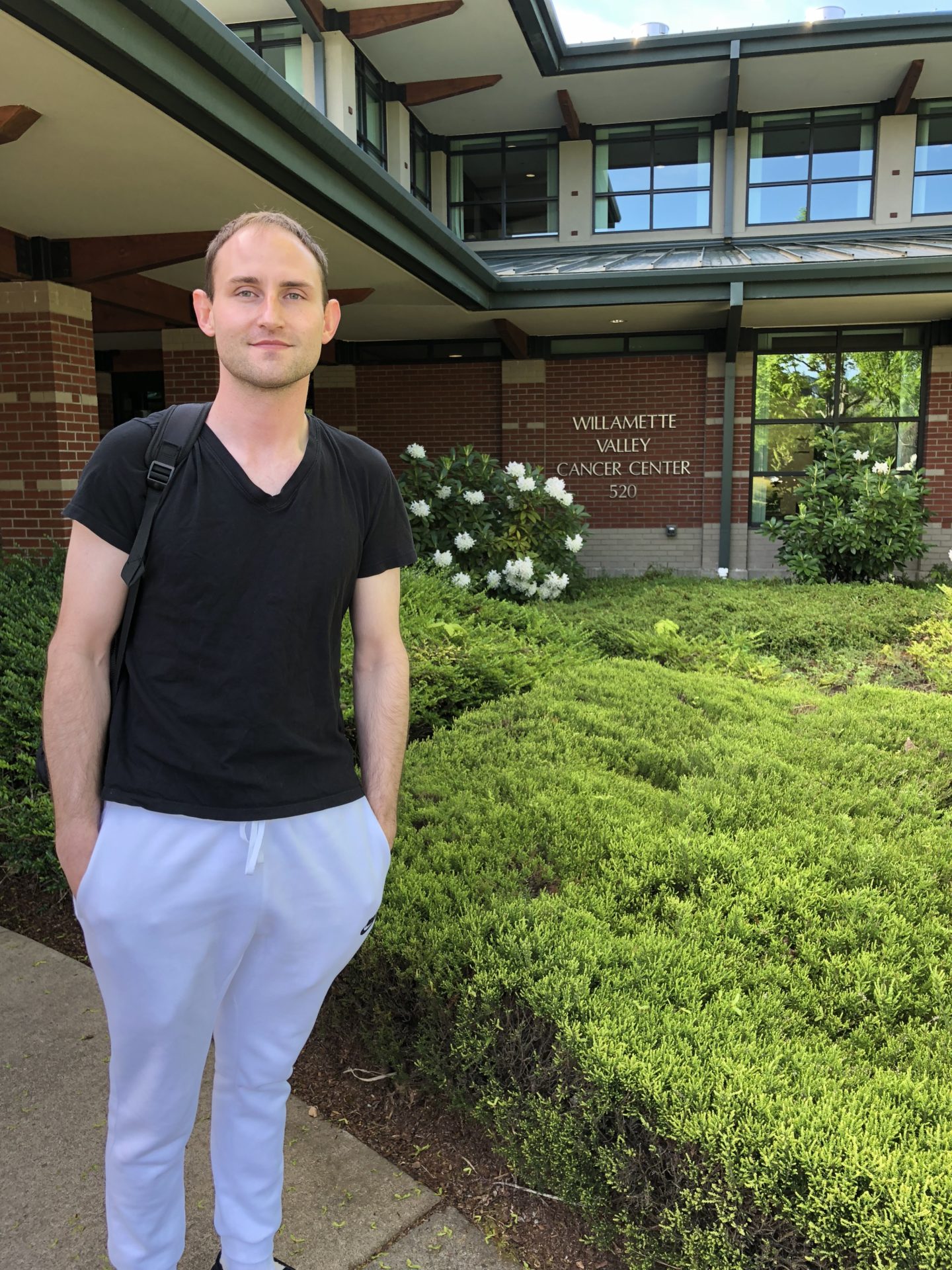 Finally the first day of chemo is here.  It seems like we were waiting for a definitive start date for over a week.  Last week Max had to have a bone marrow biopsy.  They said that in addition to the PET scan it was the only way to tell if the cancer was truly contained.  Results were in today and as we thought it is still localized to the clavicle.  The bone marrow biopsy was really painful.  Max said that there is no chance he’s ever getting one again. We met with his Oncologist, Dr. Jae Lee, this morning and Max told him he’s retiring his bone marrow and the doctor got a pretty good laugh.

His chemo regimen is R-CHOP.  They said it will take about 9 hours to complete and it’s once every 21 days. The “R” (Rituximab) is was supposed about 4-5 hours.  They do it really slow the first time because a lot of people have a reaction (chill, rash, and breathing etc.).  The CHOP part should only take about 2-3 hours.  He’s nervous.  Max is not one to take medicine.  He really believes in more of a natural approach to wellness so a lot of what he’s having to do right now goes against his norm.  The idea of poison being injected in to his body is a difficult reality he’s had to come to terms with over the past few weeks. 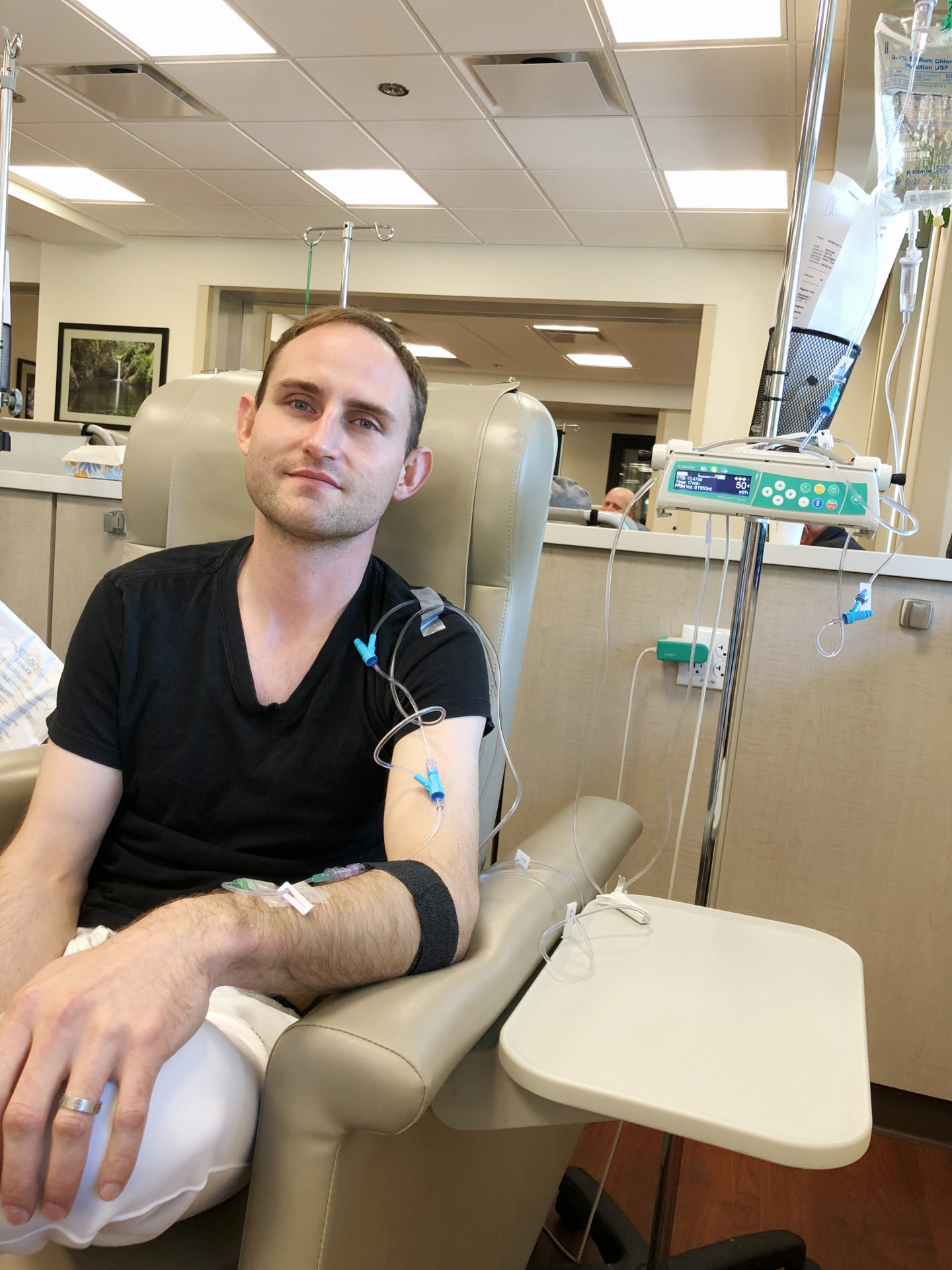 No side effects from “R” and there’s about 30 minutes left on “CHOP.”  So far his body has sucked the chemo down. We should be out of here in about a half an hour.  It’s been a long day but he had some visitors to pass the time.  His family friend/accountant came by to hang out with him while I went to grab lunch (we love you, Jim!) and then his dad and brother. 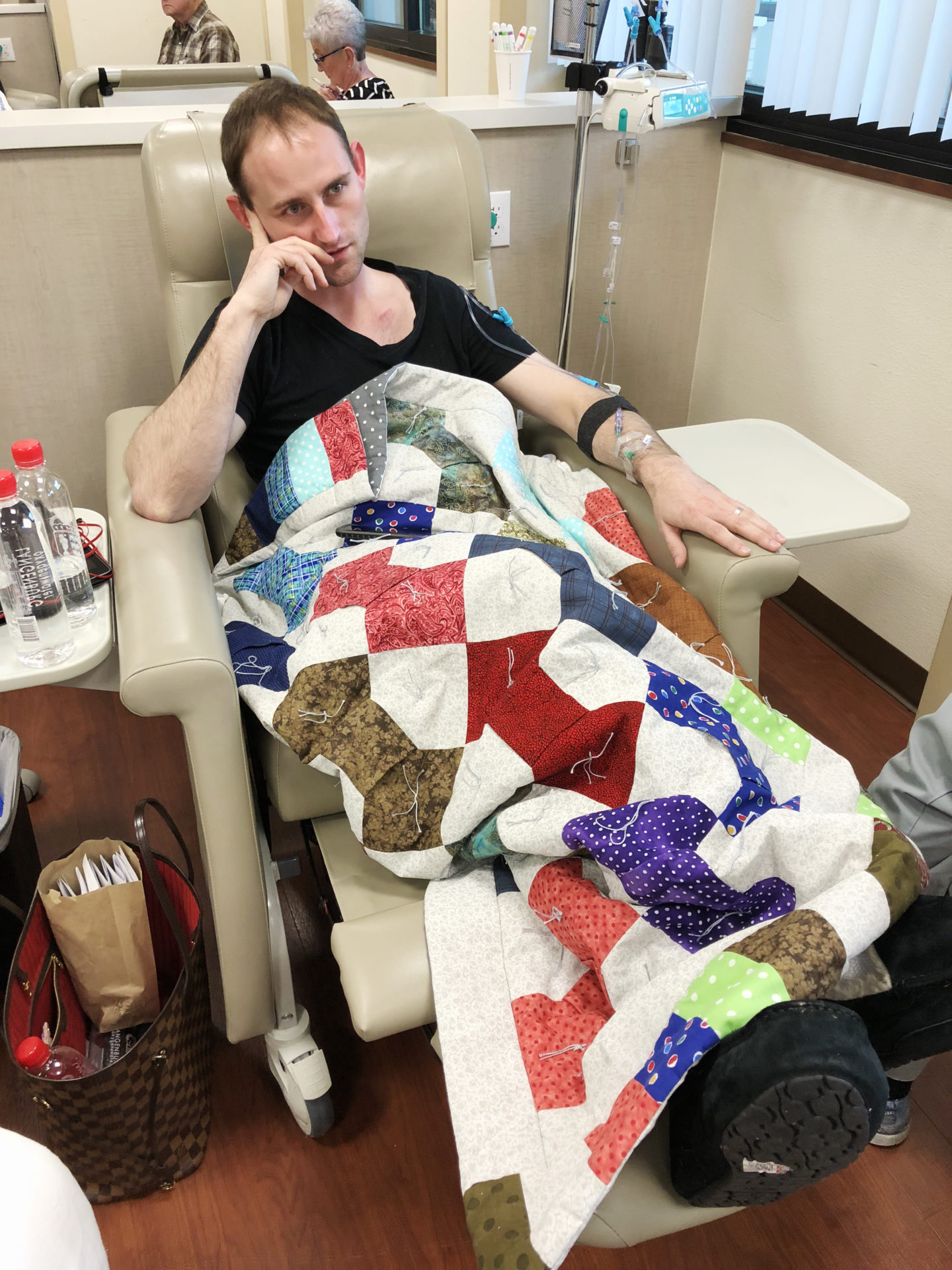 Everyone LOVED his quilt!

Max did great the entire day.  I think he really surprised everyone with how quickly he took the chemo.  He was done in about 5 hours, which is how long they thought the “R” would take.

About an hour and a half after we were home he started to get really sick.  Right now he’s experiencing a lot of the yucky symptoms they said he would.  He’s upset and frustrated that what’s happening to his body is out of his control.  Generally, he’s just not doing well tonight.  I reminded him that he can’t control what the chemo drugs are doing to his body.  He’s reacting exactly how he’s supposed to.  “I feel absolutely amazing,” said no one on chemo—ever.  Today we accomplished 1/3 of the first half of treatment.  That’s a win in my book. 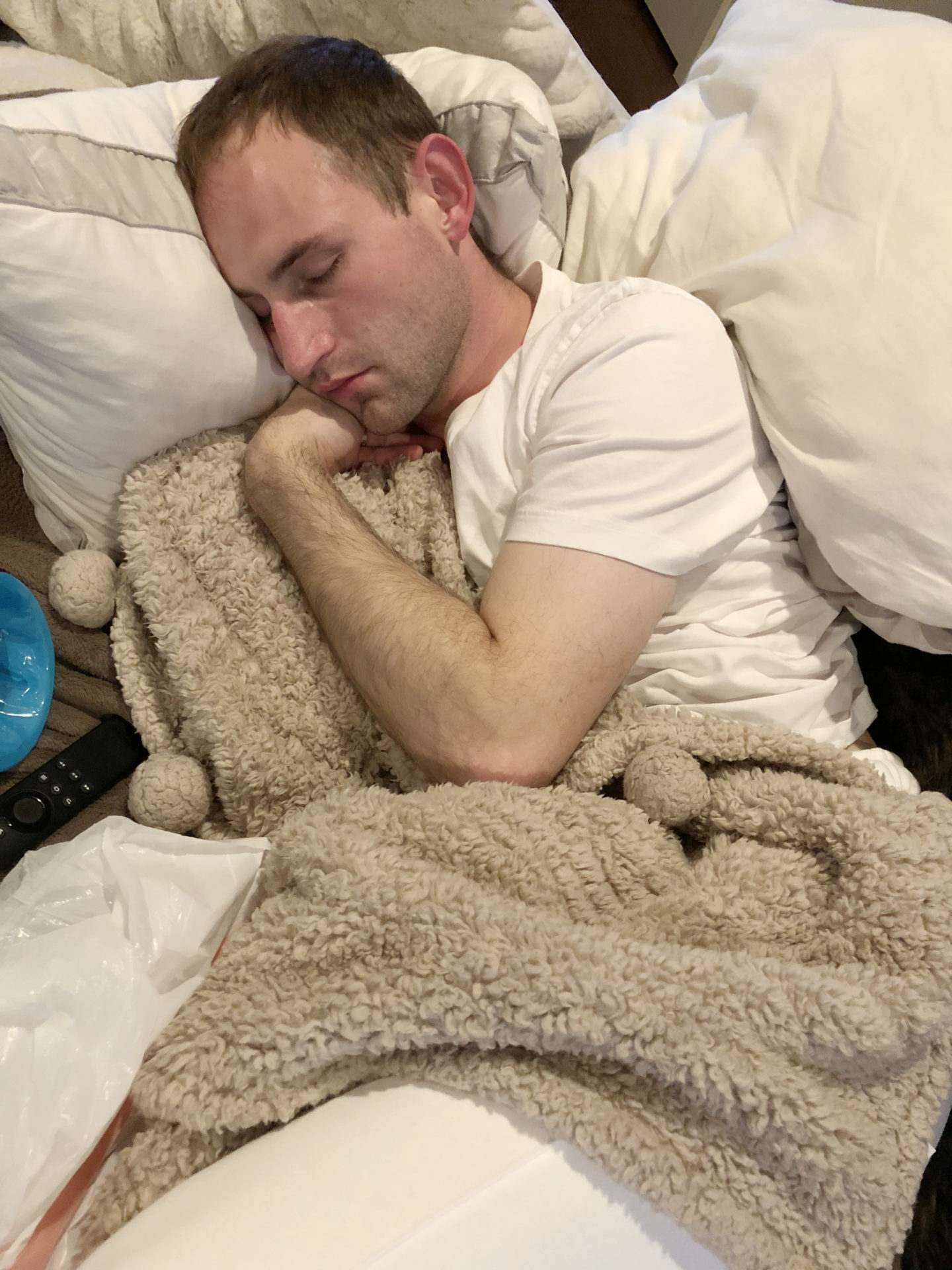 A rare but much needed nap for this one.